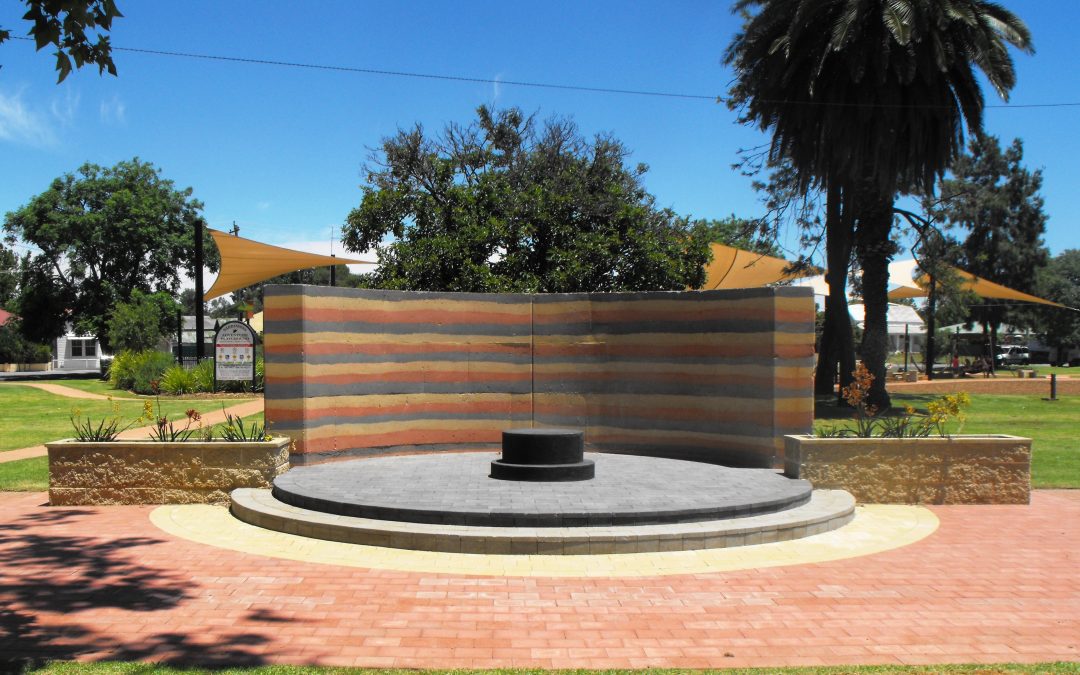 The Wiradjuri Honour Wall stands in the Marie Bashir Park to honour the people of the Narrungdera Clan who have passed, and the Wiradjuri people of Narrandera Shire.

The rammed earth material of the Wiradjuri Honour Wall has been used to signify the natural earth colours of the Sandhills area and the colours of the Aboriginal flag. The design of the wall itself was based on a concept provided by Mr Dean Ingram.

The aerial view of the wall is symbolic of a meeting place which has significant meaning in Aboriginal culture. The open-sided nature of the curved structure is designed to be welcoming with a raised platform to enable future events and presentations to occur at the site.

This mulit-staged project has been a number of years in the making with stage one involving the wall construction and paving and stage two proposed as including public artworks and possible scultpure to be placed on the currently vacant pedestal.

We welcome visitors back to the Narrandera Shire

Regional travel restrictions have been lifted in New South Wales. Throughout regional NSW, there is excitement that visitors are returning, but we want to make sure everyone stays safe and well…

We are welcoming visitors back to the Narrandera Shire, but remind everyone that social distancing measures remain in place, and to practice good hand hygiene.

Visitors are encouraged to book in advance to avoid disappointment. Please also be aware that some attractions and businesses may be operating under changed conditions or have different operating hours to normal.