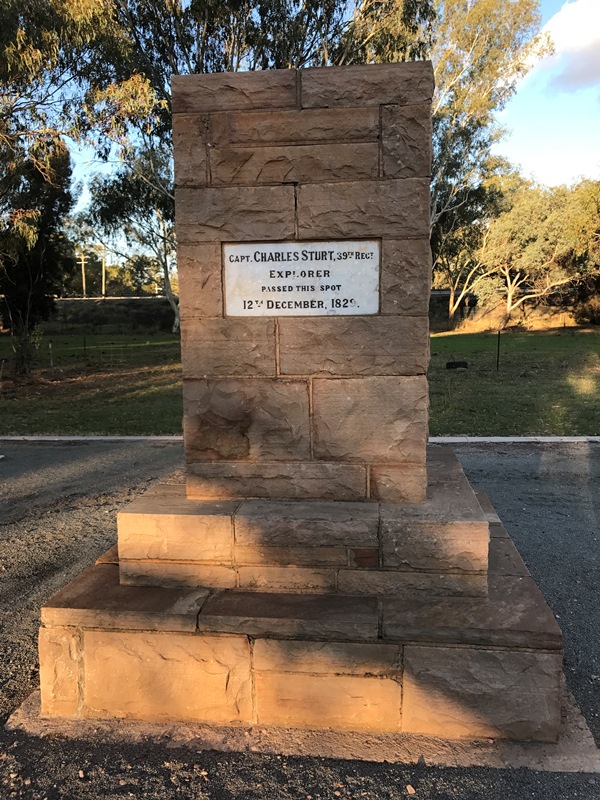 The Charles Sturt Memorial commemorates the passing of this place in 1829 by explorer Captain Charles Sturt and his party on their epic journey along the Murrumbidgee River to discover an inland sea.

After following the Murrumbidgee River and then the Murray until it entered the sea, the group had the difficult journey of rowing back up the river. Disaster almost struck when the supplies ran out back at Narrandera in April, 1830. Sturt sent two men overland in search of supplies and they returned just in time to save the party from starvation. From here, the party left the river and walk back to Sydney, arriving in Sydney on 25 May 1830.