Visit the beautiful Narrandera Wetlands situated directly across the road from the Brewery Flat Oval, picnic area and Murrumbidgee River view, and adjacent to the Sturt and Trunk Route memorials.

Home to an amazing variety of native birds, the Narrandera Wetlands rests in tranquil surrounds guaranteed to refresh you. Take advantage of the bird hides to study the activity on the water. The hides are painted in local Wiradjuri themes. The walking track around the wetland area allows you a number of vantage points.

Narrandera’s Wetlands and surrounding vegetation provide an important habitat for local wetland birds, frogs, reptiles, insects and mammals.  In 2005 and 2006, more than 17,000 native terrestrial and aquatic plants were planted at the site by Landcare with help from local schools, families and council members.

Bird hides are located strategically around the Wetlands for bird-watching of the various local bird species.

The Wetlands are open daily with access off the Newell Highway just north of the Murrumbidgee River and feature a one kilometre walking track with information signs that make the area an important education resource for schools and the public.  The signs also detail the important Indigenous, Asian and European cultural heritage of the area.

Since the early 1920’s, eighty percent of Narrandera’s stormwater run-off discharged from a siphon under the irrigation canal into Bundidgerry Creek, eventually flowing into the Murrumbidgee River.  The stormwater was not treated and was heavily contaminated.

The Narrandera Wetlands, off Bundidgerry Creek, was constructed in early 2005 to filter stormwater before it entered the river.  The constructed wetlands project is a result of a partnership between Narrandera Shire Council and Narrandera Landcare Group who were successful in securing funding from the Federal and State Governments.

In 2008, an Australian panel-bridge, forerunner of the Bailey-bridge, was found in the council yard where it had been stored since the 1940’s.  The bridge has been refurbished and adapted by Landcare members and was installed in June 2009 with the assistance of many volunteers.  A smaller bridge was recycled after its past life in Narrandera Park.

The Narrandera Wetlands are permanently open, allowing for dawn, day and dusk visits. 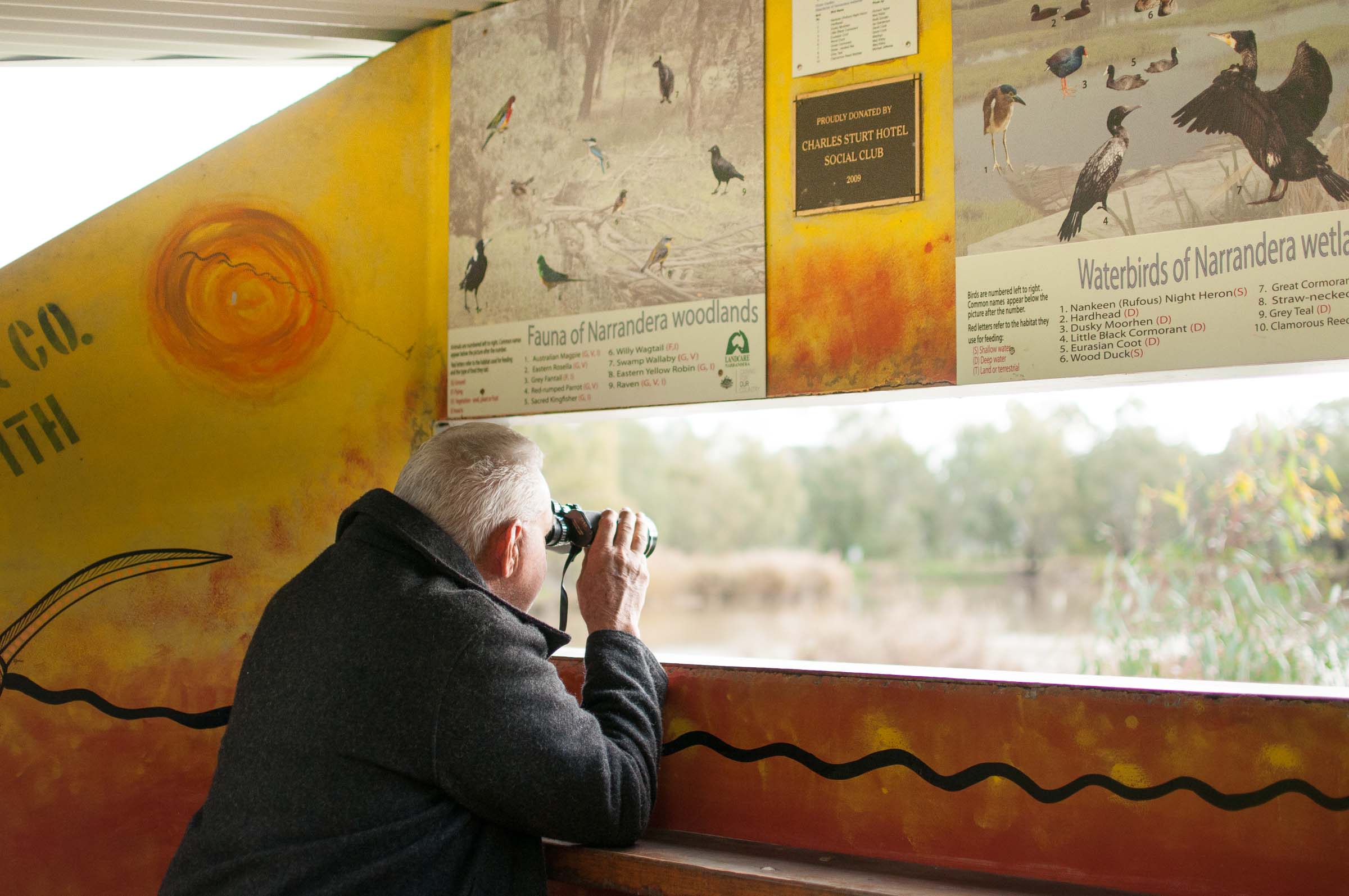