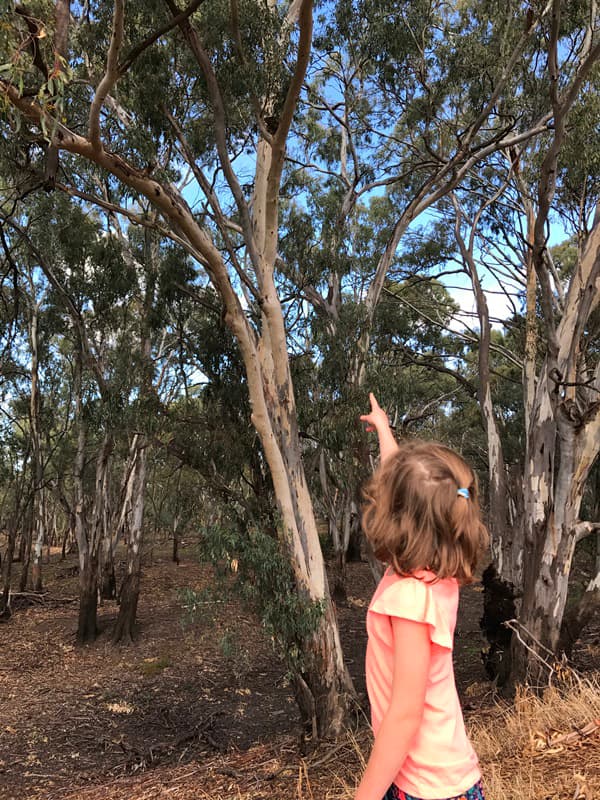 The Koala, national icon though it is, has not always been able to survive the advance of the European into its domain. By the turn of the century many an area populated by koala saw the total annihilation of the marsupial. It had succumbed to destruction of natural habitat, accidental poisoning, and the gun. This was the case in the Narrandera district, where between about 1900 and 1972 not a single Koala was in evidence. It took the foresight of local Councillor Ken Keisling to advance the notion of introducing Koala to breed in a reserve specially set aside for the purpose. The first koalas were introduced to the reserve in1972. Three females and one male were the first to arrive. Over the next two years a further nineteen adults were brought in. More than 25 years on, the numbers are still increasing and it is clear that the original koalas have bred successfully.

The Reserve hugs the Murrumbidgee River and provides an ideal diet of River Red Gum leaves. It has been subject to both flood and fire during the past 28 years. Despite this, it is now colonised by upward of 200 healthy koalas. It is clear from the number of sightings both upstream and downstream of the reserve, that the territorial habits of the koala have led to a spread of the population well beyond its boundaries.

The Narrandera community has taken the Reserve and its inhabitants to heart. Locals and visitors alike lend their eyes to the annual Koala Count. Supervised by the National Parks and Wildlife Service, the count involves groups of spotters spreading quietly throughout the reserve. Once sighted a koala’s location is marked with a ribbon and sightings tallied at the end of the day. The reserve is accessible by dry weather road, although koalas can be seen throughout the Narrandera Nature Reserve, which surrounds the Regeneration Reserve.

The koala’s closest living relative is believed to be the wombat, the evidence for which includes similarities in their dental structure, their small tails, and the positioning of the pouch in the females. It was not until 1814 that koalas were recognised as a unique marsupial mammal in a category of their own.

Because koalas are marsupials the young (called joeys) are born immature and develop further in the safety of a pouch for 6 months. The joey clings to mum for another 2 to 3 months before making their own way.

The koala species has evolved over about 15 million years. Koalas are important in many Aboriginal cultures and are connected with several stories relating to the Aboriginal Dreamtime.

Variations occur within the koala species as they adapt to their environment. These differences are mainly in their physical size, the size of their ears and the length and thickness of their fur. They have a life span of between 10 and 20 years, and adults measure from 60 to 85cm and weigh up to 10kgs.

It is also interesting to note that contrary to popular belief koalas do drink water. They are excellent swimmers and can swim a river to escape from floods. 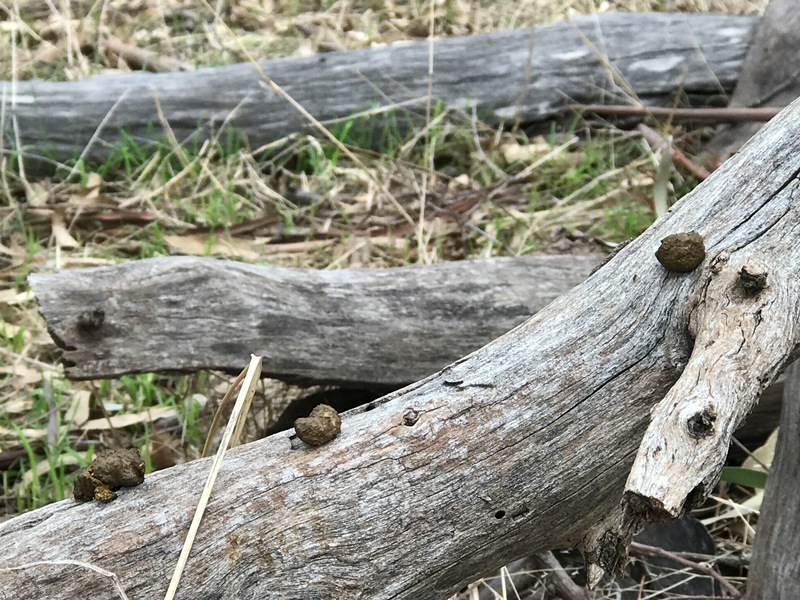 How to spot a Koala

Koalas are sometimes seen on low branches or even on the ground, but often they are difficult to spot. In hot, cold, wet, and windy weather they are most often found sheltering in the forks of branches, close to the tree trunk. On warm sunny days they may be high up or out on the far ends of branches, soaking up the warm sun.

These are usually 1-2cm in length, shaped like fat cylinders with tapered ends. They are green-brown in colour, and when fresh give off a scent of eucalyptus.

Up in the canopy

Sometimes koalas are very easy to see on tree branches and in the forks of trees, but often koala spotters are looking for ‘lumps’ – solid masses hidden by leaves, or high up in the trees. It can be difficult to tell a koala from a birds nest or tree burl from a distance, and a pair of binoculars can be very helpful in identifying the real thing from a false alarm.

Koalas are more vocal than many people think. If irritated or territorial a koala will grunt and growl, and in the breeding season (September to February) you can often hear males bellowing – a unique sound that can carry for long distances.