The red brick tower of the former Oakbank Brewery is a distinctive and prominent Narrandera landmark that stands ninety feet high beside the Murrumbidgee River, just off the Newell Highway.

The tower represents an industry that had its heyday in the Riverina between the 1890’s and mid-1920’s.

The Oakbank Brewery was amongst the most modern in NSW.  Run with the latest equipment from England, it employed up to 100 men. During 1921, the brewery had a capacity of 20,000 gallons of stout, bottled and draught beer and could produce 10,000 bottles of beer and 15,000 bottles of cordial daily.

Branches sprang up throughout the Riverina and fifty hotels in the region were controlled by the brewery.  In 1924 the brewery was sold to Tooths of Sydney for a reported price of £200,000. The new owners closed down the brewing operation, but the Oakbank Cordial Factory – followed by a number of other operators – continued with the production of cordials at the site until 1986.

The walls of the red brick tower survive today and the National Trust has listed it as a building of historical significance. 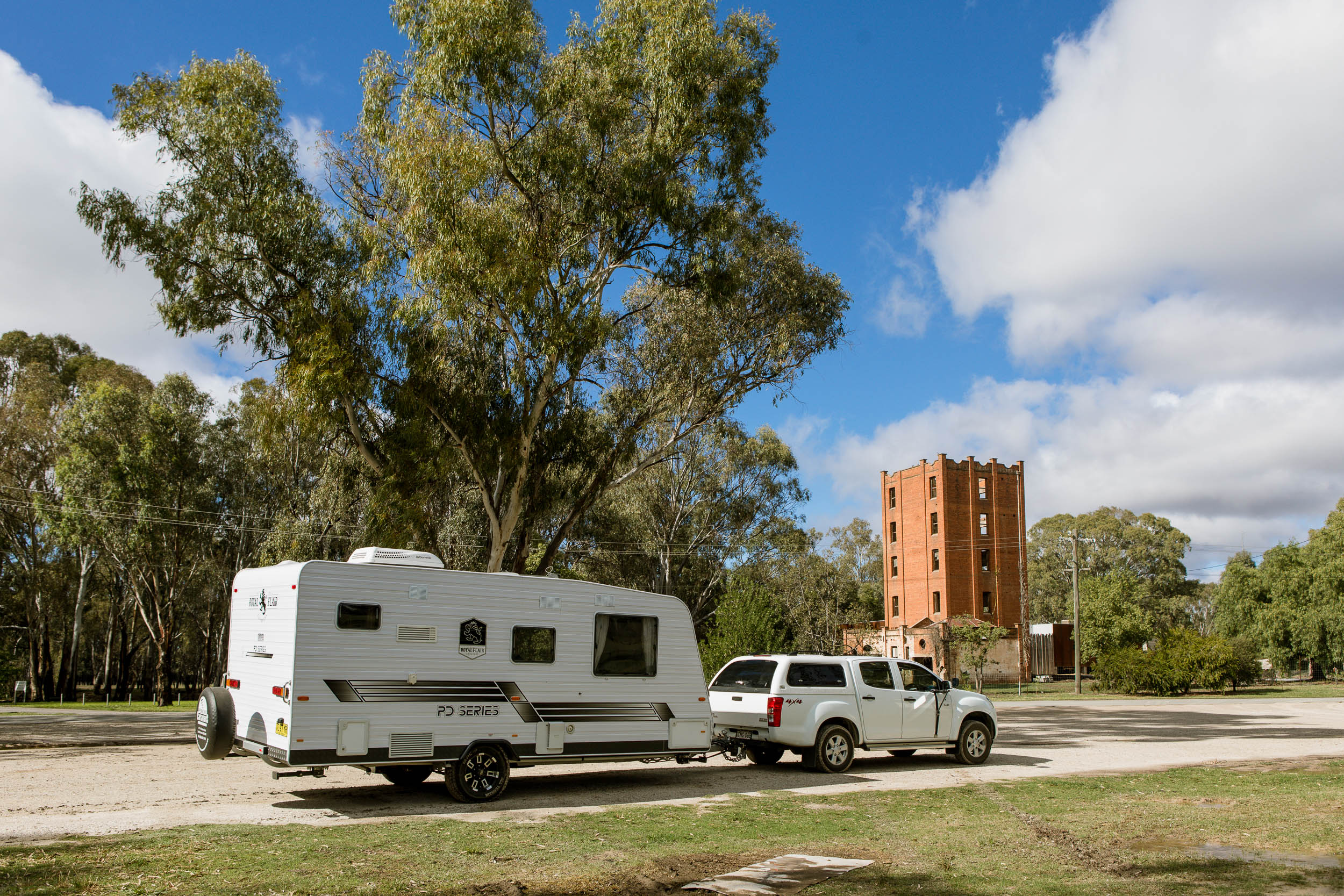