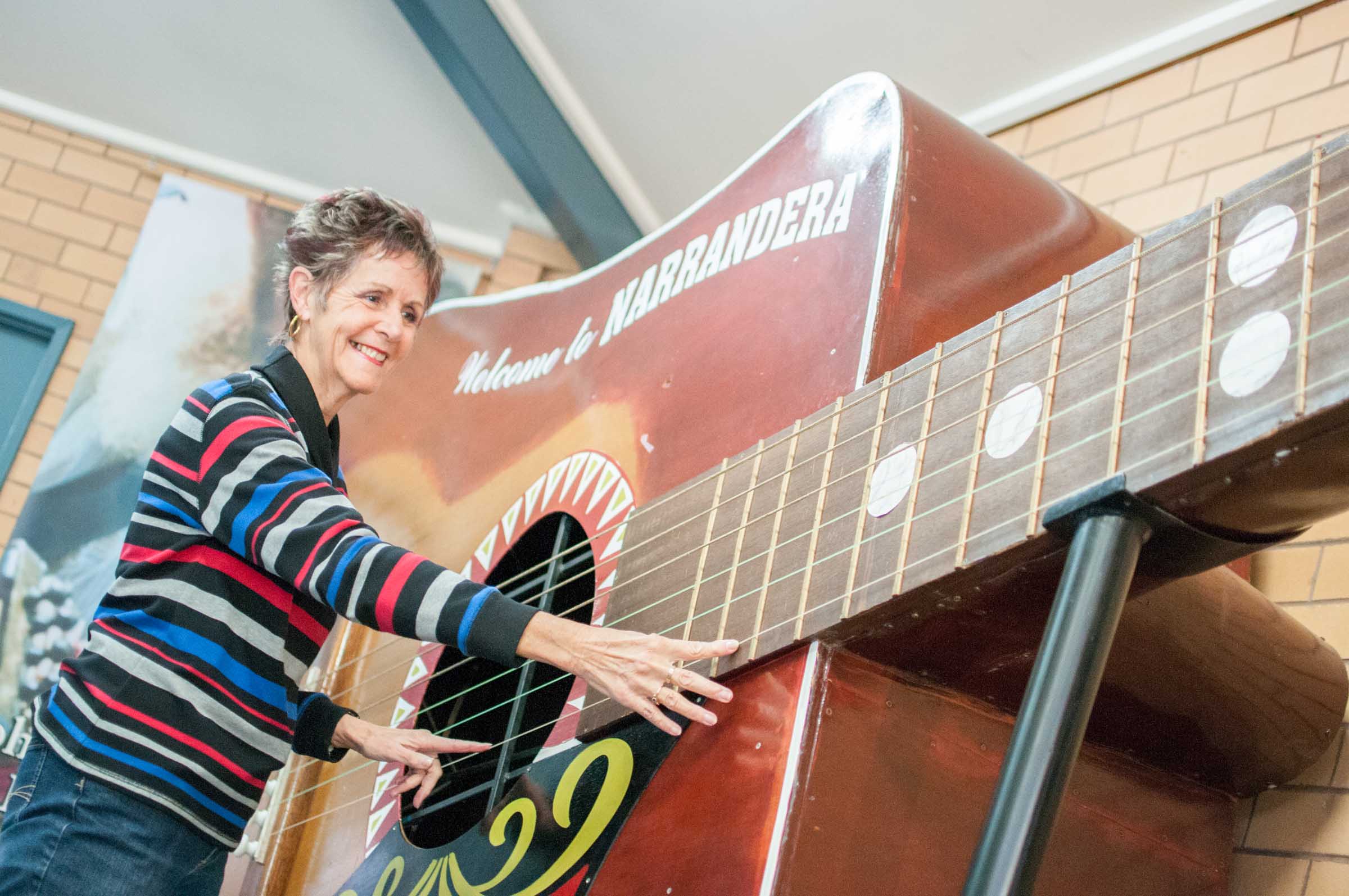 Narrandera’s Big Playable Guitar was built in 1988 to help promote the country Music Club of Narrandera. Made from plywood by ex-Narrandera resident Robert Palmer, the guitar took more than 300 hours to complete. Played as a bass guitar, two musicians are necessary to play the guitar due to its size.

After the dimensions of the guitar were authenticated, the claim to be the World’s Largest Playable Guitar was accepted by and included in the 1991 edition of the “Guinness Book of Records”. The guitar held this record until 2000, when a team of students and their teacher at the Academy of Science and Technology in Conroe, Texas, constructed one that was 13.3m long x 5m wide, weighing 1,018kg.

These days it is housed at the Narrandera Visitor Information Centre and is a mandatory photo opportunity.