Murray Cod, Yellowbelly, Redfin and the occasional Silver Bream are taken in the Murrumbidgee River a short distance from Narrandera. The back reaches of Lake Talbot, the beaches in the Nature Reserve, the Yanco and Colombo Creeks, and the Yanco and Berembed Weirs are favoured fishing areas for local anglers. Good access to the river can also be had on the MIA Forest Drive, maps of which are available from the Narrandera Visitor Information Centre.  A boat ramp is located in Narrandera off Old Brewery Road (just east of the Murrumbidgee River Bridge on the Newell Highway). A boat ramp also exists at Lake Talbot, off Broad Street, on Boat Ramp Road adjacent to Lake Talbot Tourist Park. A fishing license is required to fish in NSW. 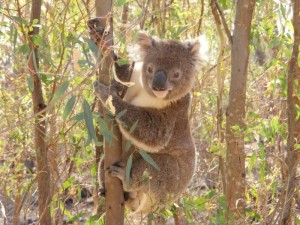 Look out for free-ranging kangaroos, koalas, wallabies and an abundance of native birdlife as you traverse the picturesque Narrandera Flora and Fauna Reserve. The 1.5 hour self-guided walk provides an insight into the conservation status of the local river red gum forest, flood plain ecology and surrounding environment. Enjoy spectacular views of Lake Talbot and the Murrumbidgee River where you may see that elusive and iconic Australian animal, the platypus.

The Koala, national icon though it is, has not always been able to survive the advance of the European into its domain. By the turn of the century many an area populated by koala saw the total annihilation of the marsupial. It had succumbed to destruction of natural habitat, accidental poisoning, and the gun. This was the case in the Narrandera district, where between about 1900 and 1972 not a single Koala was in evidence. It took the foresight of local Councillor Ken Keisling to advance the notion of introducing Koala to breed in a reserve specially set aside for the purpose. The first koalas were introduced to the reserve in1972. Three females and one male were the first to arrive. Over the next two years a further nineteen adults were brought in. More than 25 years on, the numbers are still increasing and it is clear that the original Koalas have bred successfully.

The Reserve hugs the Murrumbidgee River and provides an ideal diet of River Red Gum leaves. It has been subject to both flood and fire during the past 28 years. Despite this, it is now colonised by upward of 200 healthy Koala. It is clear from the number of sightings both upstream and downstream of the reserve, that the territorial habits of the koala have led to a spread of the population well beyond its boundaries.

The Narrandera community has taken the Reserve and its inhabitants to heart. Locals and visitors alike lend their eyes to the annual Koala Count. Supervised by the National Parks and Wildlife Service, the count involves groups of spotters spreading quietly throughout the reserve. Once sighted a Koala’s location is marked with a ribbon and sightings tallied at the end of the day. The reserve is accessible by dry weather road, although Koala can be seen throughout the Narrandera Nature Reserve, which surrounds the Regeneration Reserve. 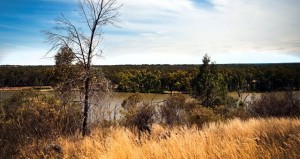 The Bundidgerry Walking Track follows a scenic route along Lake Talbot and the majestic Murrumbidgee River. A map of the track is available from the Visitor Information Centre in the Narrandera Park.

Located at the entrance to the Lake Talbot Caravan Park the Lookout provides a view of Lake Talbot and surrounding bushland. It is also a starting point for the Bundidgerry Walking Track. The lookout has a shelter, picnic tables and coin operated BBQs 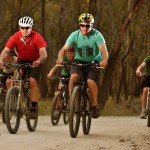 A great experience for visitors who love to bike and hike! 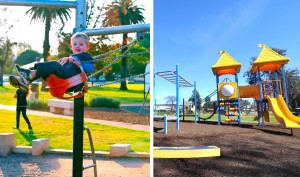 The Children’s Adventure Playground is located in Marie Bashir Park in Narrandera.

The park is often swarmed by children, who love to spend hours playing on the equipment.

For further information on any of these activities or to find out more about Narrandera contact our Tourism office!