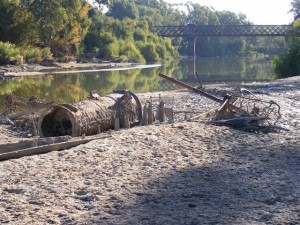 Wreck of the PS Wagga Wagga

Once a busy paddle steamer transporting goods up and down the Murrumbidgee River, the Paddle Steamer Wagga Wagga now lies as a wreck in the river bed, and can be seen when the river is at a low level. A viewing platform is located approx 2.5kms along Lizard Drive.  Follow the unsealed road and continue through gateway opening. 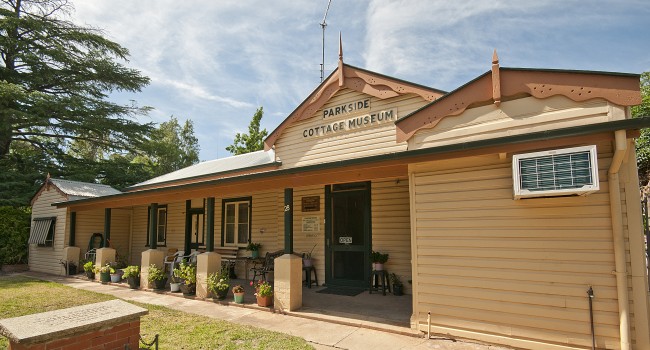 Please Note: The Parkside Cottage Museum is currently temporarily closed to the public.

The Museum houses some very significant items, each telling a story of Australia. Of note is the MacArthur Cloak which is made from early Merino wool produced in Australia by the MacArthurs. Early Riverboat trade on the Murrumbidgee is represented by the navigation maps of Captain T Bynon. 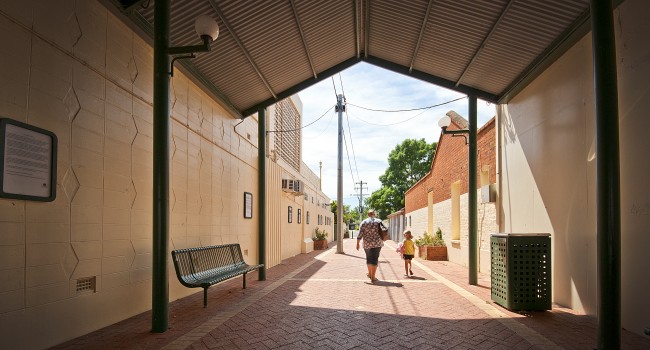 This is a short pedestrian laneway in the main street just off the raised pedestrian crossing near the pharmacy. The story of Narrandera’s development is told on a series of storyboards and images on the wall. 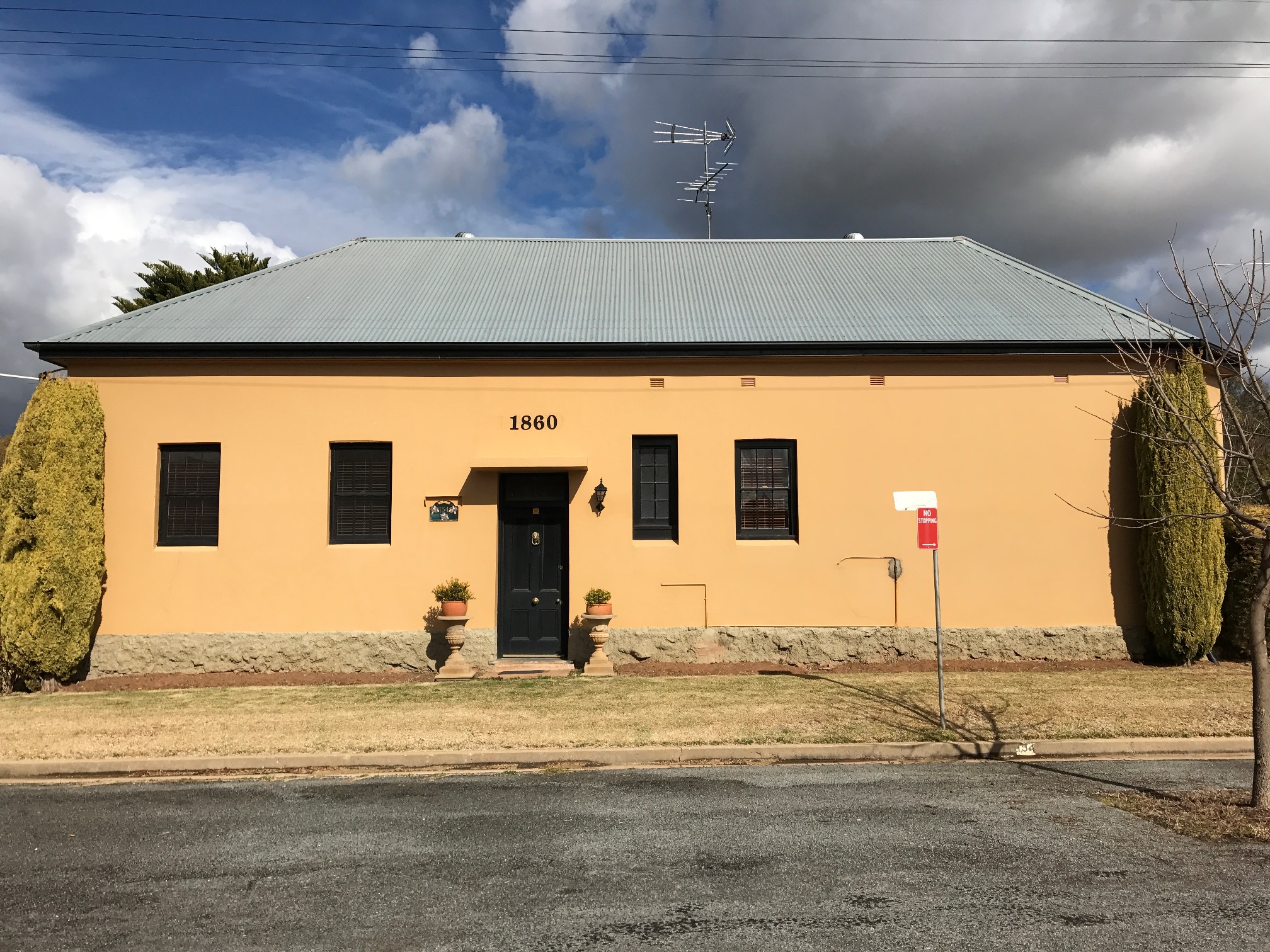 Thomas Fennell, an Airds Irishman fresh from the Bendigo gold diggings, took over the Gillenbah punt and store in 1858.

In June 1860 Fennell advised that he had recently built a two storey hotel equal to any in Wagga.   This was the Turf Club, by 1865 called the Hit or Miss and by 1866 the Riverine.

The building was used as a court room for Narrandera’s first court case in 1862.   It was also used for the inquest into the deaths of the Pohlmann Bros who were murdered at the Cudgell Sandhills in 1868.   The inquest was conducted by T.A. Brown of Bundidgerie Station who later wrote Robbery Under Arms under the name Rolf Boldrewood.

The building was also used when the Australian Stock Bank opened for business in 1875.  The same year Archdeacon Powell held the first Anglican Church services in the Hit or Miss Hotel.

After the building ceased to function as a hotel it became a boarding house.

The old hotel has been restored as a private residence. 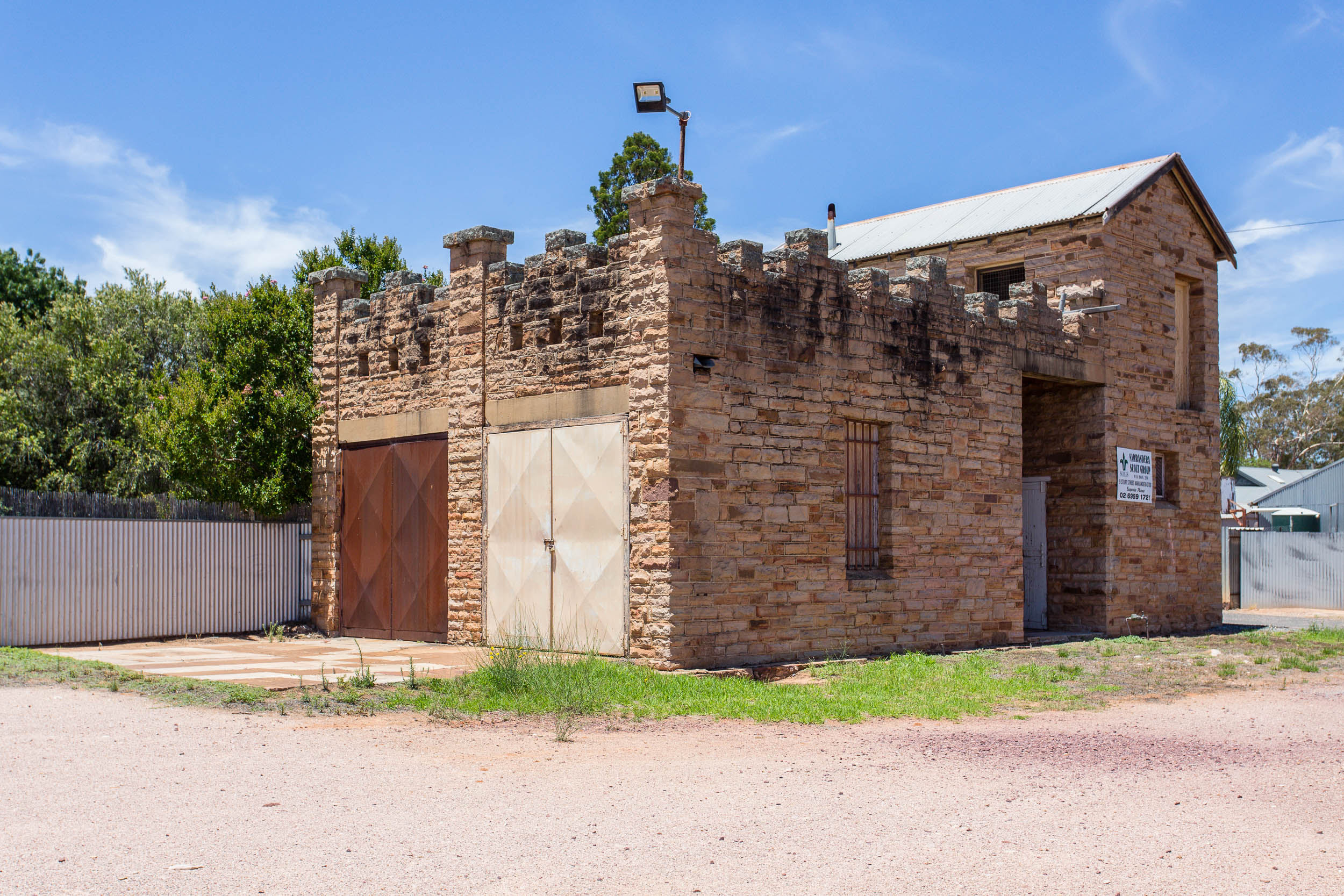 In 1925, the land was owned by the late Mrs N.M. Dangar. A stone building was erected at the back of the land and consisted of two garages and stables for two horses. Above the stables were a groom’s room and fodder room from which a chute ran to the horse stable.

However, Mr Otto Orde Hastings Dangar was hit hard by the depression and could not continue his building project. The whole land as well as the land adjoining Midgeon Street was eventually resumed by the Housing Commission of NSW. In the subsequent struggle for compensation, Mr Dangar compromised on the condition that the stables were granted to the Narrandera Boy Scouts. The stables are also locally known as Dangar’s Folly. 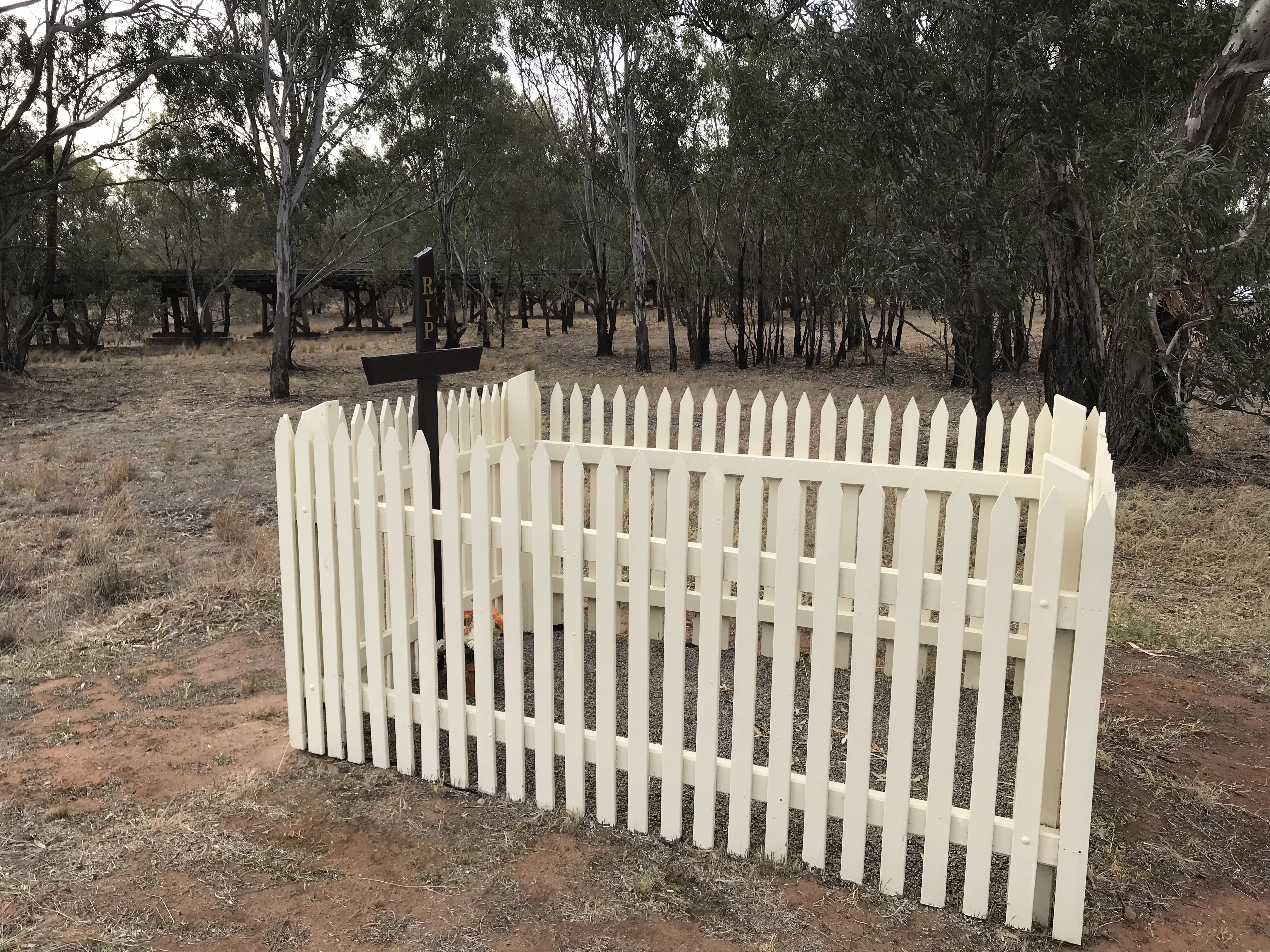 STORY NO 1.
Bill Gammage, in his book Narrandera Shire say’s
The Gillenbah grave lies beside the Newell turn off, however it lay for many years in the middle of the road, reportably the only grave in Australia so placed. In 19314 an old resident stated that it’s occupant was Frederick Crisp, 68 a worker who died at Tom Willan’s sawmill camp after a heavy drinking bout.  No such burial was recorded at Narrandera but on March 21, 1880 Frederick Christopher 57 who died the previous day was buried at Gillenbah even though the Narrandera Cemetery was open.
Source; IGK Buggy, Chris Cuneen, John Hornbuckle & Richard Reid, Narrandera Argus 3rd & 10th March, 1931.

STORY NO 2.
From the Narrandera Argus files dated 3/3/31
For many years it has been a matter of speculation to residents as to how the man buried in the grave met his death and why he was buried on a public road. Some old hands state he met his death through injuries received in a quarrel at the Gillenbah Hotel, however if that was the case there would be proceedings against the person responsible. Mr Charlie McMahon who was in Narrandera when the man was killed while digging an open tank 50 to 60 years before. This was before the introduction of scoops, and tanks were dug with shovels and the earth taken away in drays.  The man was digging the sides of a tank when a fall of earth occurred and caused such serious injuries that occasioned his death. He was buried in a paddock and it was not until the railway line was constructed to Jerilderie that the road was established.  The grave was found to be about the centre of the road and left undisturbed.

STORY NO 3.
Letter to the Argus 10/3/31
Sir,
Regarding your paragraph in the Argus about the grave on the road n4ear Gillenbah.  I would be pleased if you would permit me to comment on the subject.The person buried there was known to me.  His name was Frederick Crisp, he was buried there in the late eighties by Nat Peters, Tom Vincent & Jim Logan.  He died at their camp at Tom Willan’s sawmill at Fiddlers bend near Gillenbah after a heavy drinking bout aged 68 years. Here was a Kurrajong tree at the site where he was buried and the grave fenced by his friends before mentioned.  These friends are now deceased. Crisp was a miner in the early days and later in years did well sinking.  When out of work he made his home with my pare3nts, signed Henry Smith, Waterview Narrandera.

For further information on any of these activities or to find out more about Narrandera contact our Tourism office!