Getting Here and Around 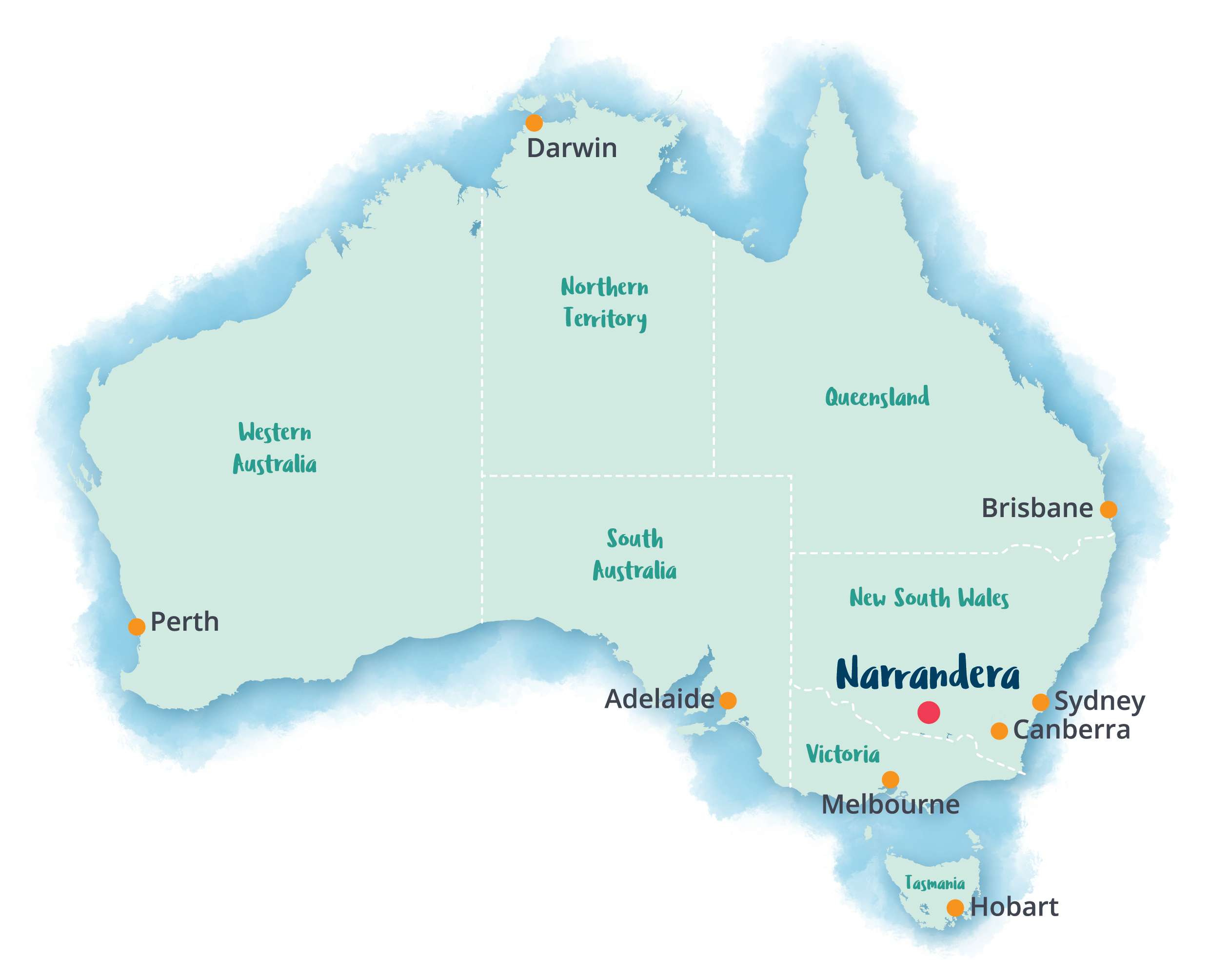 Narrandera is located 549km west of Sydney and 428km north of Melbourne at the junction of the Sturt and the Newell Highways. Narrandera is situated between the two major regional cities of Wagga Wagga (99km) and Griffith (98km).

Population: Over 5,893 people live in the town of Narrandera and its nearby villages of Barellan and Grong Grong and its farming districts.

Getting here and around

Whether by road, rail or air, Narrandera has it all: 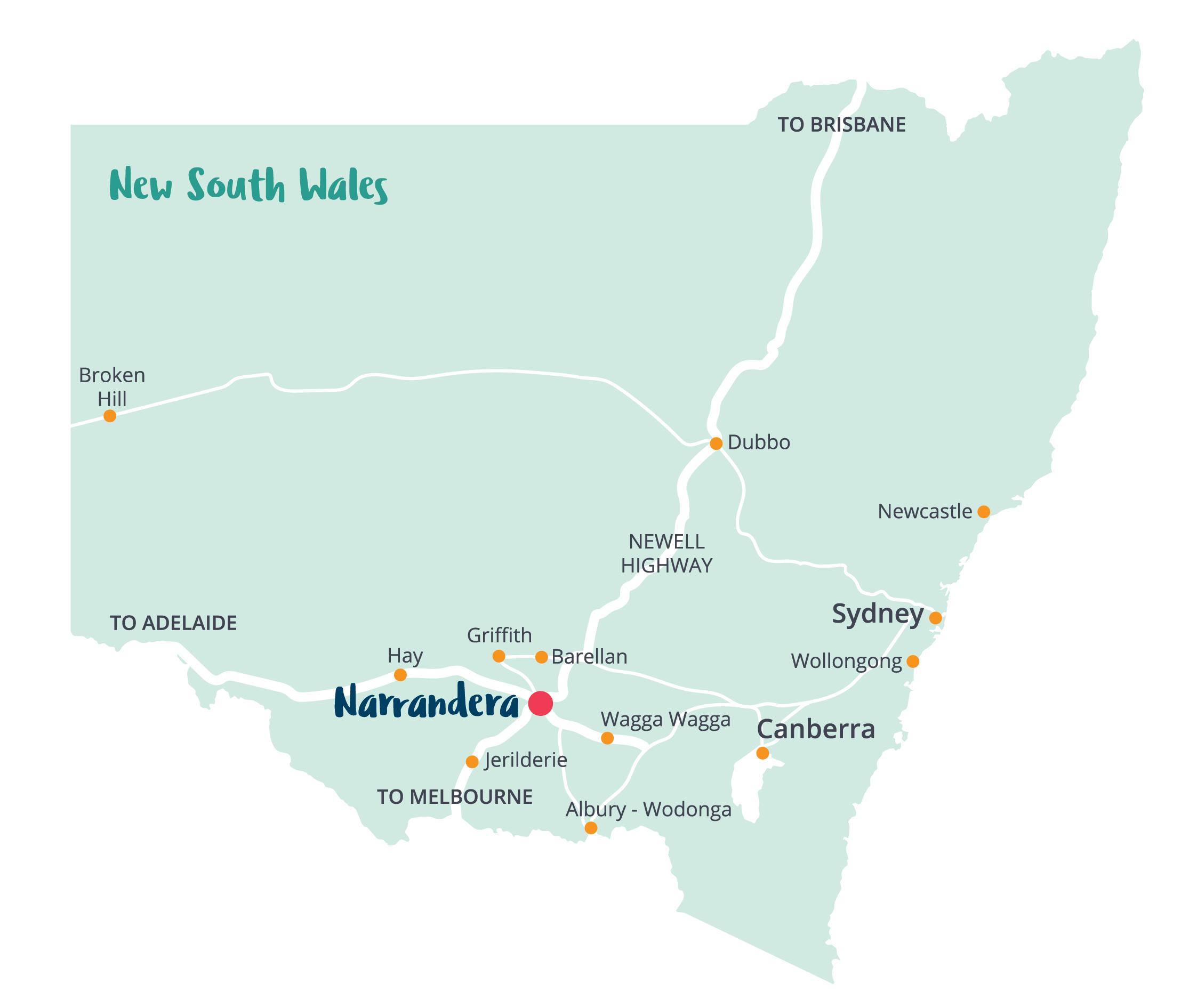 We welcome visitors back to the Narrandera Shire

Regional travel restrictions have been lifted in New South Wales. Throughout regional NSW, there is excitement that visitors are returning, but we want to make sure everyone stays safe and well…

We are welcoming visitors back to the Narrandera Shire, but remind everyone that social distancing measures remain in place, and to practice good hand hygiene.

Visitors are encouraged to book in advance to avoid disappointment. Please also be aware that some attractions and businesses may be operating under changed conditions or have different operating hours to normal.